The east village Other

In the mid-Sixties, most of the world’s youthful protest movement coalesced around two major issues — the Vietnam War and marihuana. Revolution was in the air and Walter Bowart was finely attuned to the changing mood. He devoted an issue to the plight of America’s Indians at a time when it was just about the last thing on anybody’s mind, and then turned his attention to broader themes. Black Power was the headline that filled EVO ‘s front page, reporting a speech by Stokeley Carmichael. It was the first time I became aware of that particular phrase. The Streets Belong to the People…. The Music is the Revolution… Support the Smoke-In…. were among our hectoring admonitions. Ending the war and legalizing dope were the twin aims of the emerging new society and our discussions in the EVO office centered around how to focus some of this discontent. We had run some eye-catching covers including mug shots and fingerprints of “America’s Most Wanted”, a mock poster featuring Tim Leary, Allen Ginsberg, and Ralph Ginzburg whose aesthetically beautiful Eros magazine was causing fury among American puritans.

My editorial formula was Pot, Art, Religion, Politics, Sex, Sociology, Revolution, and Humor and in every issue, I tried to have each category represented, not necessarily in separate stories. A picture story about the short-lived trend for transparent bras, for example, might cover — oh dear! — a couple of different aspects. 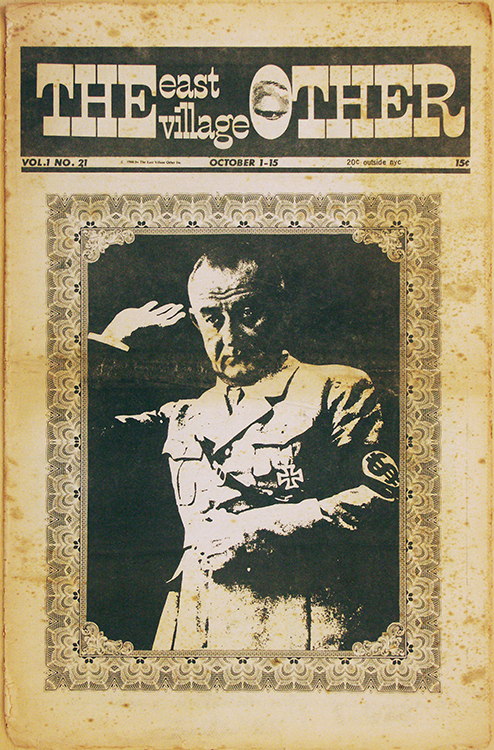 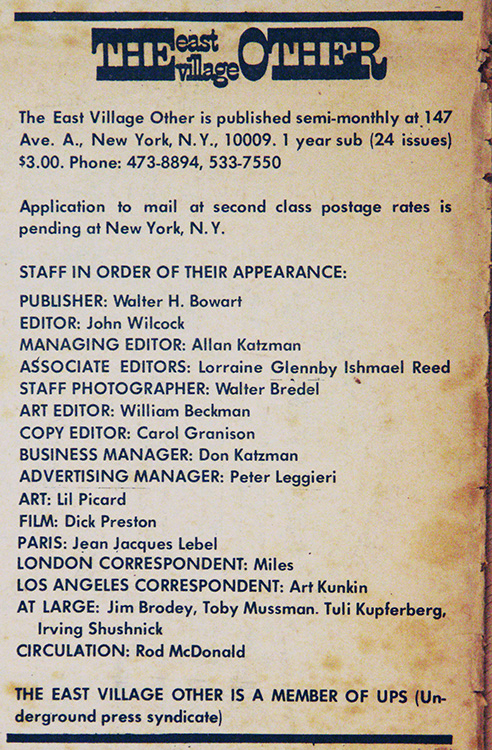